After quite a rain spell while we had dinner last evening the weather turned for the better by morning. We can’t complain as though it’s been a bit colder than we expected (I’ve worn my winter coat several days) the only rain we had was while we drove from Invercargill. 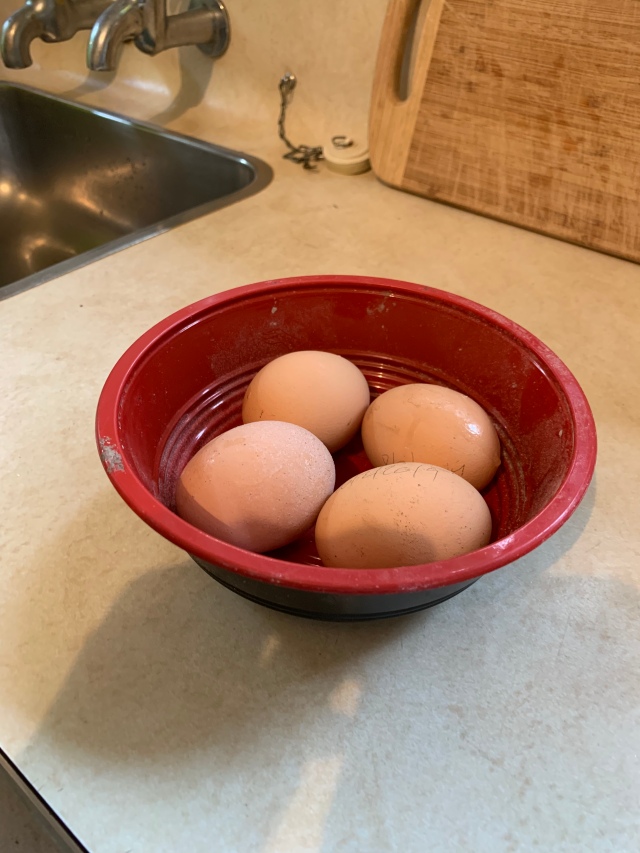 Our delightful home owner had mentioned that she would come by in the morning and get us some fresh laid eggs from her chickens and sure enough as I was standing at the kitchen sink she came through the garden and waved. Soon after she knocked on the door with 4 eggs! The first we’ve had since arriving. So after our usual yogurt and fruit we had a treat of “happy chicken” scrambled eggs. Yum. 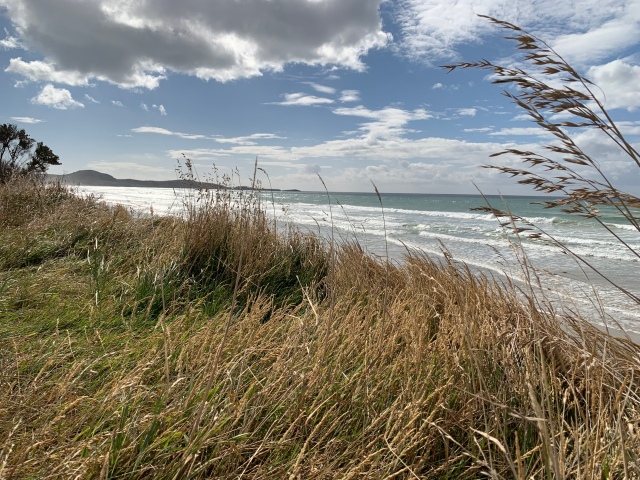 We got under way and decided to go up the hillside to try to get a look at the Larnach Castle, the only such one in New Zealand. Up and up we drove, but we weren’t allowed to even get a peek without paying and we didn’t want to devote the time. But we did get an expansive view of the harbor. Plus, when I stopped momentarily to take off my coat I saw a woman walking her cat on a leash. She said his name was Morris and though he was an indoor cat he liked to come outside. It was a beautiful Burmese. After a quick friendly pat we scurried through the city and headed north as most of the day was going to be spent driving. The good news is that I’m getting very comfortable driving here, even negotiating the round abouts with ease. The roads are in great shape and drivers are very courteous. Most roads are only two lanes with very short motorways near the larger cities. If the road widens at all to 4 lanes approaching a round about it quickly goes back to two lanes once you’re through it. One issue we’ve had is that the credit cards here are different – while they also have the chip they use a pin instead of a signature. It means our cards don’t work at many gas stations where they have no attendant. So, lesson learned is to bring a debit card.

We drove for over 5 hours, some along the coast and much inland, as the topography changed gradually to more flat land, but still mostly rural farms. We stopped in the town of Ashburton as I knew it was the home of Ashford looms and spinning wheels. Thought I’d poke around a bit, which we did, but it was rather disappointing. We finally arrived in Christchurch at the home of our first Affordable Travel Club hosts. This is a group I joined for those over 40 who like to travel and meet people but are also willing to share their home. We’re fortunate to be staying with Pam and Rod in their gorgeous home up in the hills over looking the city. After settling in and chatting a bit we headed out for dinner. We went to an Indian restaurant that they recommended. We barely sat down and Dian asked the couple at the next table what they had eaten and enjoyed. That began about a 20 minute comedy stand up from the guy. Most amusing. On the way back to the house we were rewarded with a lovely sunset.

One thought on “Dunedin to Christchurch”