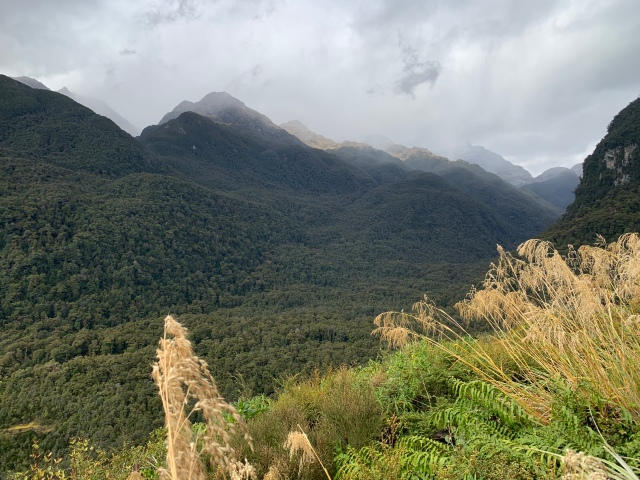 We spent our first night in our rather rustic Airbnb, getting a few good chuckles out of dealing with things we haven’t seen since our childhoods. We were surprisingly cold, as the house only had one heater in the living room, so we pulled out all the blankets we found. Not so bad then.

Up we got this morning, having a quick breakfast and packing a lunch, then headed out for Manapouri, where the tour company was located. we had barely begun the drive when I spotted another hiker with a sign. Dian looked at me and said, “You’re going to stop, aren’t you?” Well, yes, of course. What kind of trail angel would I be if I passed by a hiker in need? Turns out she was Carol (no trail name) from Taiwan and she’s been hiking the South Island for several months with just a few days to go. She was quite charming and so grateful. We were happy to help and to hear her story.

It was really just a short 20 minute drive to the Real Journeys spot, which we couldn’t miss as the road deadended there. We had booked the tour online the other night, so it was a simple matter of going in and picking up our passes. In the meantime we went to a local cafe nearby so I could get a cup of coffee. I’ve been running a quart low since we got here, just having a Starbucks instant coffee each morning. It was a cute little spot, complete with a cat asleep on a chair. 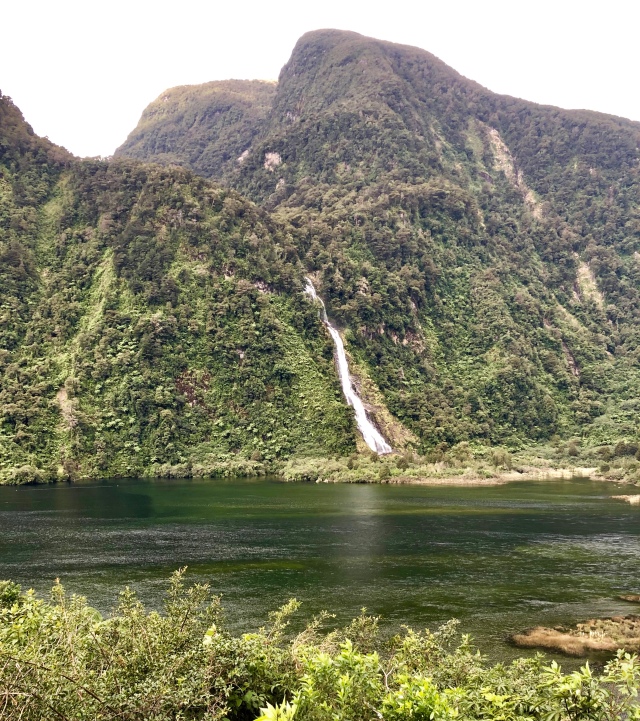 We soon boarded the first boat which took us across Lake Manapouri, an hour’s ride with beautiful views. The group on board was fairly subdued as we rode along, all just meandering around the boat trying for the best photos. We were dropped off at a rather obscure location where three buses awaited us. We happened upon one with a driver named Alix, who turned out to be what one passenger dubbed a “sit down comic”. It was a one liner after a one liner the entire hour’s drive over Wilmot Pass. Quite amusing while also being very informative. We learned that the gravel road we were traveling took two years to build back in the 60s, through a rain forest that receives an average of 350″ of rain a year. Most of the trees are beeches, which can’t put their roots into the granite so they spread out and intertwine. The problem is that with all the rain they sometimes give way causing a “tree avalanche” blocking the road. We crossed the pass stopping to admire the view in a few places with the most remarkable one being our first glance at Doubtful Sound. 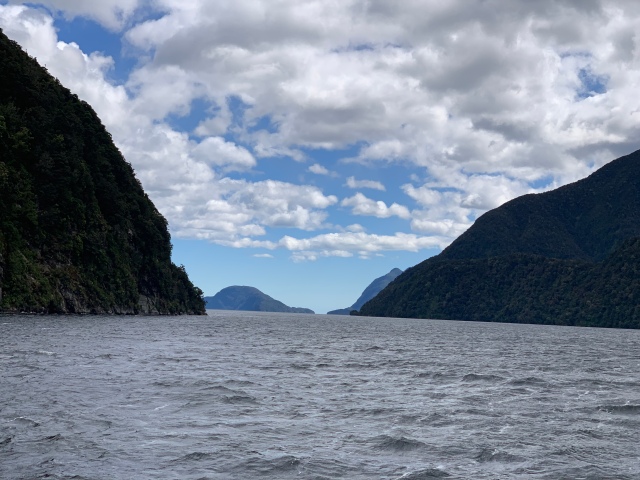 We eventually arrived at the second boat we were to board which took us all over the Sound, out to the edge of the Tasman Sea, where there were seals resting on rocks and into the many arms of the Sound. In a particularly calm cove the captain completely shut off the engines so we could simply absorb the sounds. After all, the Maori name of the Sound is Patea, meaning “place of silence”. It was amazing to hear just the birds, the wind and the lapping of the water.

But as marvelous as the journey was, as usual, some of the best things happen when you meet and engage with others. This time to our joy we starting conversing with a couple from Saint Louis, Derek and Lindsay. We gabbed and gabbed, thoroughly enjoying each other’s company. Definitely fellow travelers. But you could tell it wasn’t only us who had connected with others, as the trip back on the bus and on the boat across the lake was noisy and jovial.

We ended our day heading back to the same restaurant we ate at last evening, wanting to try other menu items, but mostly because last night we splurged on our first dessert, lemon meringue pie with a passion fruit sauce. So tonight we opted for a sundae with that same sauce. Yum!! 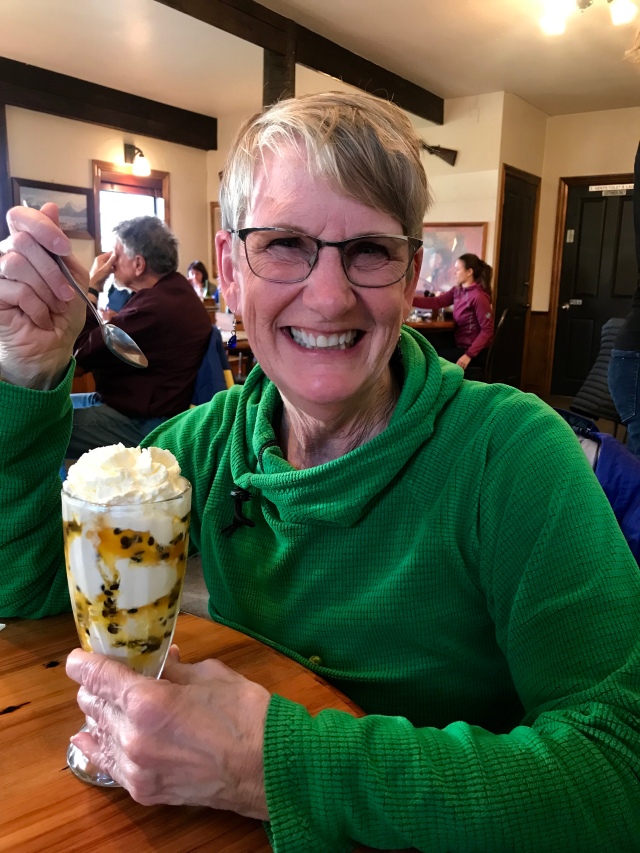 And, before I forget again to mention it, many of the photos I include here are taken by Dian. She has an exceptional eye.

One thought on “Fiordland – Doubtful Sound”