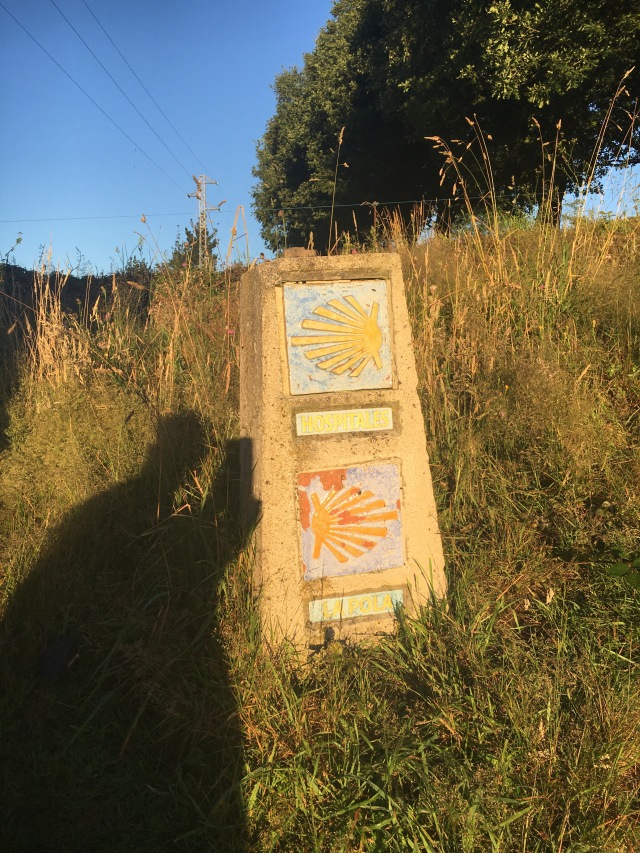 The albergue turned out to be exactly what I imagined for a Camino. The dormitory space had 24 of us in bunk beds, with boots and poles kept at the door. A number of us met at the bar for drinks before the communal dinner. The host was gracious to make special food for the three of us who are vegetarian and vegan Mandy. We had course after course along with lovely Spanish wine.  Though the general practice is that it’s lights out and quiet at 10, one hiker had a small 6 string guitar and sat outside playing while a few others sang along. It was quite nice falling asleep to the muted sound of music. After my best night of sleep yet on the trail we got up at 5:30 along with most of the other hikers, ate a quick breakfast and took off, as this was most likely going to be one of the longest hikes and also the most strenuous.﻿ 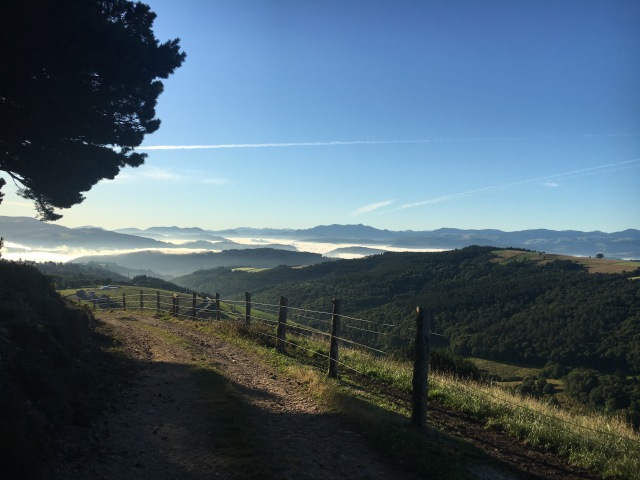 We began in fog, walking along a road for several km before hitting a trail path.  After another few km a decision had to be made: either the hospitales high route or the pola de allande lower route. I knew that Mandy really wanted to do the high route as the views were supposed to be spectacular. I was just concerned if I could do 17 miles of steep climbs then the associated downhills. Also, there were no services at all along the entire way. We had stocked up on food and water so we decided to give it a go. We climbed until we got above the clouds and it truly was spectacular. Views for miles and miles of all the mountains with farms and villages far below. We passed many cows with a good number of calfs as well as lots of beautiful horses with ponies. At one spot we stopped for a rest and snack and several horses came right up to us looking for a handout. We did not share. 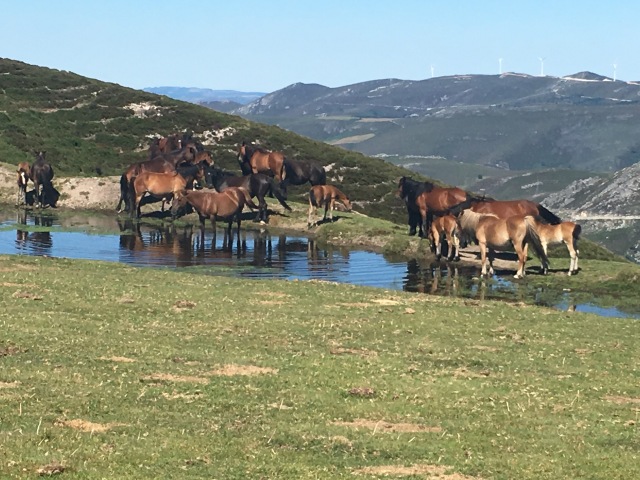 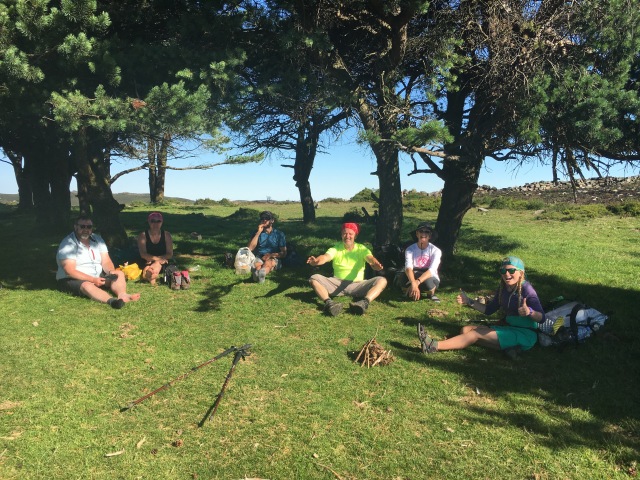 We continued on and caught up with Tony and Stephanie, our new Irish friends. We stopped for lunch once we finally found a few trees for shade. Shortly after starting to eat, Chris, a hiker from Holland joined us. The path continued to the peak, the highest point we’ll reach on the Primativo. And then the downhill came. I find them more difficult – harder on the joints, and a bit worrisome with lots of loose rocks and being near the edge of the mountain. Course Mandy thrived on that like a mountain goat. Then there’s me, gingerly making my way, cautious not to sprain an ankle. But then what do we see? A white tent and a car, where a clever young man named Miguel had a license to sell cold drinks right at the point where the two routes join up. What a marvelous surprise! We sat for a bit, taking off our shoes to rest our feet before proceeding. 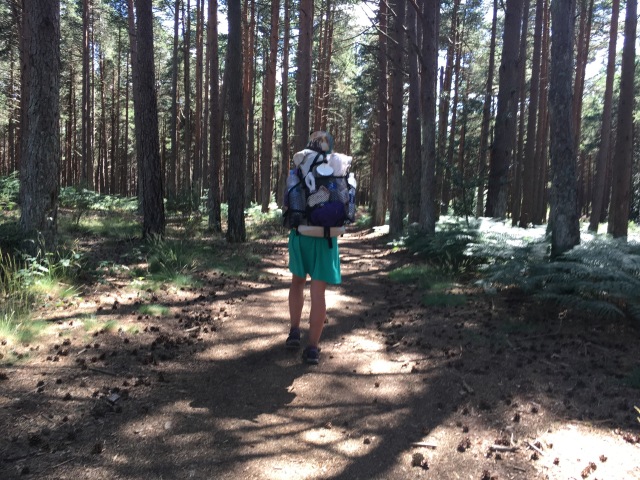 Eventually we reached Berducedo where we had made a albergue reservation, knowing a good number of hikers would be converging there. And of all things our hostess was a weaver! She had a really old two peddle loom that she said she loved using and could still make a good number of designs. We were happy to be sharing the space with Tony and Stephanie, Steven, from Dublin and Chris from Holland. After selling in and getting much needed showers we went in search of drinks and dinner. All was going well, with the two young Belgian boys, Sepe and Simon joining us. Until the threatened storm hit, as we were dining outside. Even though we were under an awning, it seemed to work better for sun than rain as it began dripping through as it was pouring down with lightning flashing in the distance. Once back to the albergue we were happy to see that our hostess had been kind enough to move our clothes we had left out to dry under cover.

Soon everyone was down to bed after an exhausting but exhilarating day.