We rose this morning and fixed a nice breakfast before heading south from Kilkenny to the city of Waterford. It’s the oldest city in Ireland, having already celebrated its 1100th anniversary. 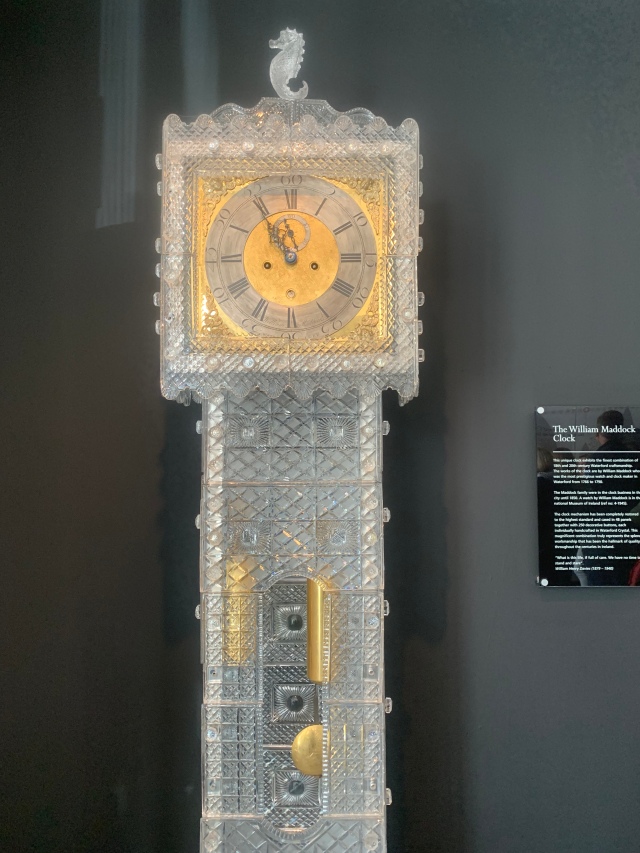 We took the motorway down so it was a fairly quick trip, found a car park along the waterfront and began walking. Our first stop was to the Waterford Crystal factory tour. I thought the kids would humor me on this, as I’m the one who has all the Waterford crystal at home. But even they enjoyed seeing what it took to create the pieces. The tour took us through the process from blowing the glass, into the kiln, smoothing the top edges, marking the design, and cutting the glass. 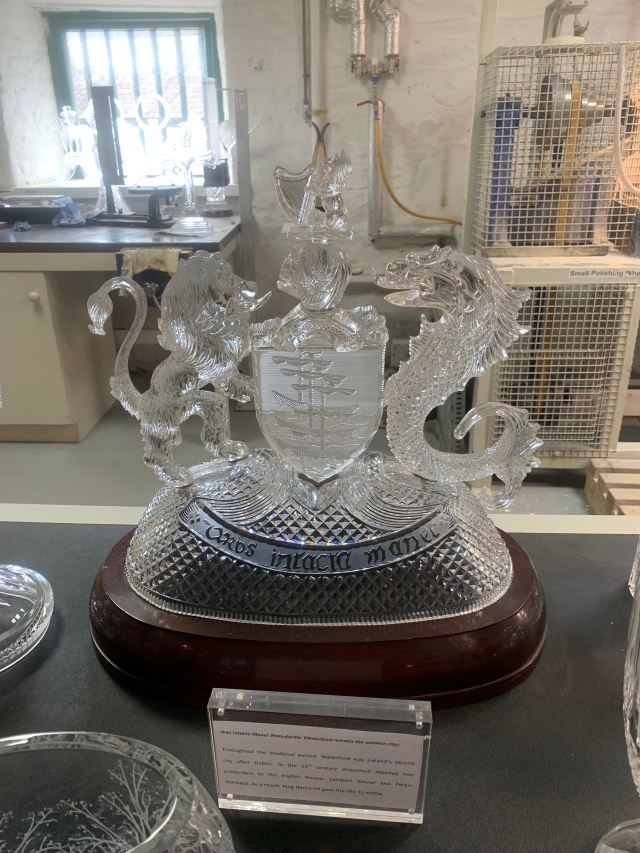 We saw many art and specialty pieces, including the triangular pieces they use on the NYC New Year’s Eve ball that’s dropped. One incredible piece after another. Made me appreciate even more the pieces I have. I couldn’t resist getting one more, which thankfully they will ship to me.

Martin had suggested a few other things for us while down this way so off we went in search of them. He had mentioned the Viking Triangle, which we saw on the map,- but it turns out it’s a variety of things. We opted for the King of the Vikings virtual reality experience. What fun it was! There were just 7 of us that went in on our time, where we were seated on benches in a recreation of an old building. They put virtual reality goggles and headphones on us and off we went into the 8th century! It was a mite disorienting at first as I’d never experienced that before, and a few times it made me a bit dizzy and reach for the security of the seat. But it was a fun way to bring history alive.

We came back to the present and wandered through the city, passing by a street artist who was amusing many children and an equal number of adults with his antics.

We departed Waterford and headed to New Ross to see the Dunbrody Famine Ship. It’s a recreation of a real ship which carried thousands of Irish immigrants to Canada and the U.S. It was an eye opener to see the tight conditions in which they had to travel and the differences between “first class “, steerage and the crew quarters.

Leaving there we choose to continue to drive the back roads going through several charming towns. We filled up on fuel, which surprisingly we’ve only done 4 times in the three weeks of all this driving. 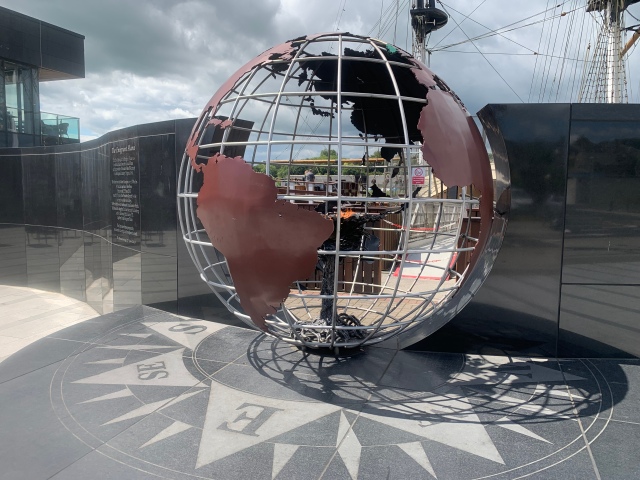 One thought on “Waterford”