We said our goodbyes to our host, Logie, actually regretful to leave as we adored that charming, quirky place as well as her. After all, she even brought me a jar of New Zealand honey after she heard my bad cough.

We headed north toward Nelson at the top of the South Island. The road took us through a variety of geography, as is the tendency here. Rolling hills and fields, pastures with mostly cattle, mountains and forests. Rivers and creeks were plentiful. I have consistently been amused by some of the names, which for the most part are pretty succinct… Sandy Creek, Granity Creek, Pretty Bridge…but my favorite of the day was Dead Dog Culvert.

We paused for a short break in Reefton for gas and coffee. Turned out to be good timing as I was able to have a video chat with my daughter who is currently hiking the Arizona Trail. Still seems like magic to me to be able to do that.

Back on the road we eventually stopped at a picnic area. We had packed a lunch knowing we were going through an area with limited facilities. The nice picnic table we chose to sit at was soon found to also be a favorite spot for a large number of bugs and huge bees. They found our sandwiches and skin particularly good. We opted to hurriedly pick up and run back to the car to finish eating. 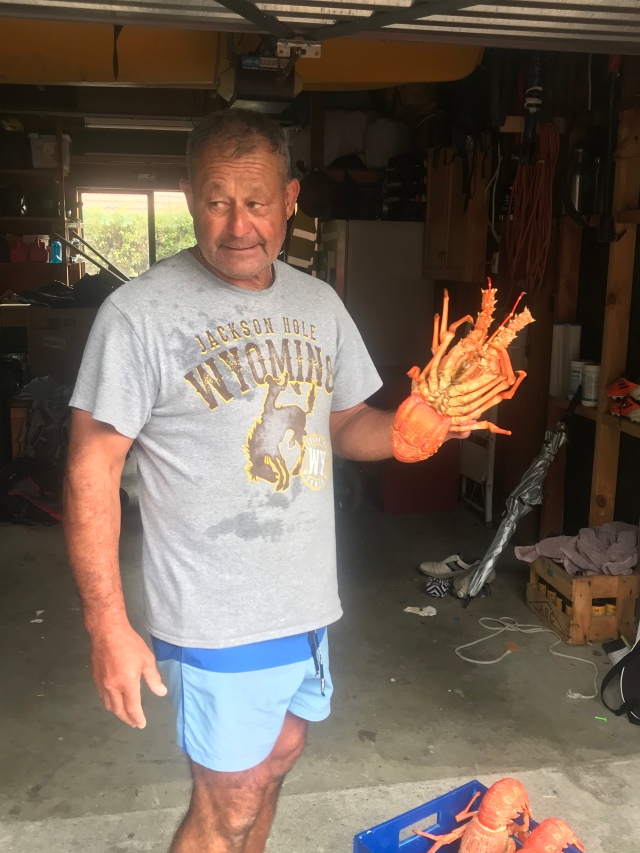 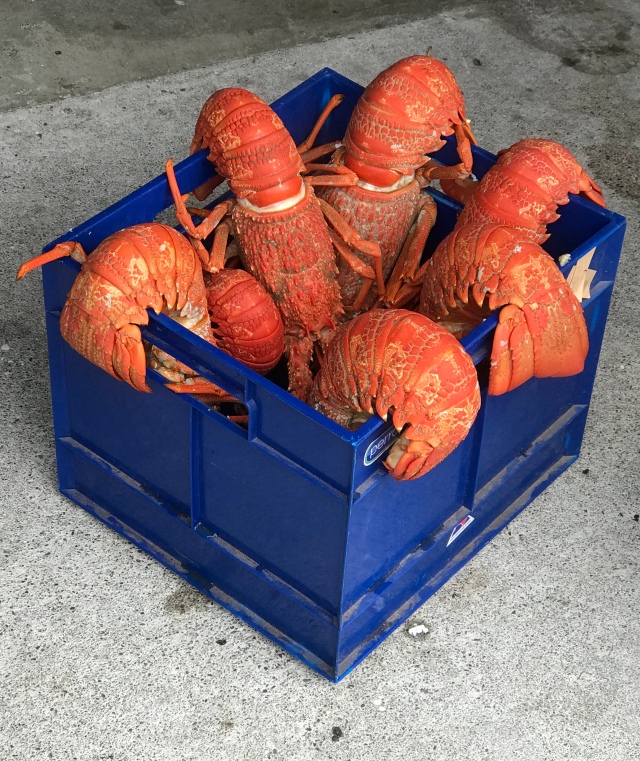 By late afternoon we drove into Nelson and found our Airbnb. The host turns out to be a Seattle native! She married a Dutch Maori years ago and has lived here ever since. Not long after we arrived her husband and eldest son returned from a day on the water. And what a catch they brought back! The son was filleting all the blue cod (which we’ve eaten several times in our fish and chips) while the dad was cooking up the crawfish. Now when I think of crawfish I think off the ones like large shrimp down in Louisiana, but no! These were huge! The largest he called the granddad, saying he was most likely about 70 years old and weighed 9 pounds. He gave us a taste from one of the legs and it was delicious. 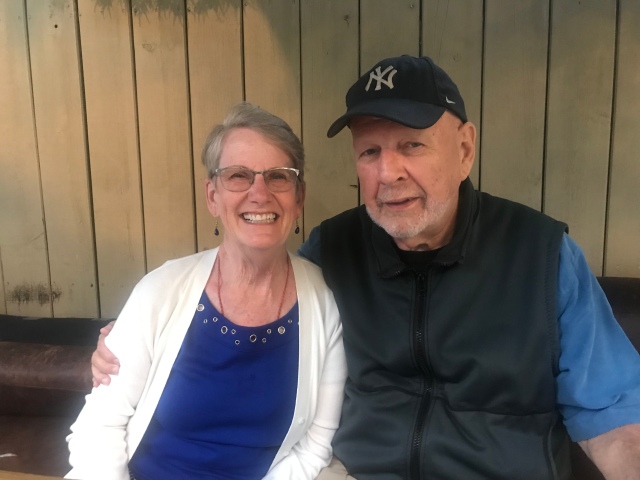 To top off the day we went to meet a gentleman who had worked with Dian’s younger brother and who has lived in NZ for 20 years. He took us on a short walk through his lovely neighborhood through a gorgeous garden, another Queen’s Garden, to a local restaurant where we swapped life stories. He was fascinating. He had a number of military in his family including an uncle who was the Chairman of the Joint Chiefs of Staff.

Back to the house we scurried around to prepare for another exciting day.