Today we chose to drive north a bit to the historical mining town called Arrowtown. In the 1860’s gold was discovered which brought in all sorts from around the world, including a good number from China. We had a pleasant drive to the town and snagged a parking spot. As we were standing there trying to determine how long we were allowed to stay there based on the parking signs we’re beginning to get the hang of, along came the parking guy marking tires. Well, we decided we ought to get the info straight from the horse’s mouth, so we inquired of him the details. He couldn’t have been sweeter! He stated that normally it would be two hours, but he said ” To be honest, I only come by here once in the morning and once in the afternoon and I really don’t like to write tickets. I just like to have this walk as my office, so stay as long as you like!” And with that he continued on his way marking tires but distinctly skipping ours. Yay us!

We began strolling along the small town and came upon the museum. We saw that the senior admission began at age 65, so I mentioned that I would be turning 65 next month while in the country so the clerk smiled and said “happy birthday” and gave me the discount. Yay again. It was a nicely done museum telling the story of the town and the mining, but there was one thing that charmed us the most… we came across a group of 4th grade students from the Clyde School who we found in a classroom replica, all clad in period clothes and hats and with a costumed teacher leading the “class”. What a great way to bring history to life for those children! They were totally engaged. Just before we left the museum the “teacher”, Miss Grey, came past us so of course we let her know how wonderful we thought the classroom was. We asked for a picture and she said “Do you want smiling Miss Grey or grumpy Miss Grey?” We opted for the former. Later on we came across the kids sitting outside eating their lunches so we took the opportunity to chat a bit. They loved the play acting especially where one had to pretend to be caned.

We continued on through the town finding what seemed like a secret garden where we had a delicious lunch. Then it was time to wander through the Chinese settlement where they’ve done quite extensive digs. Some places that make today’s tiny houses look large are still to be seen. 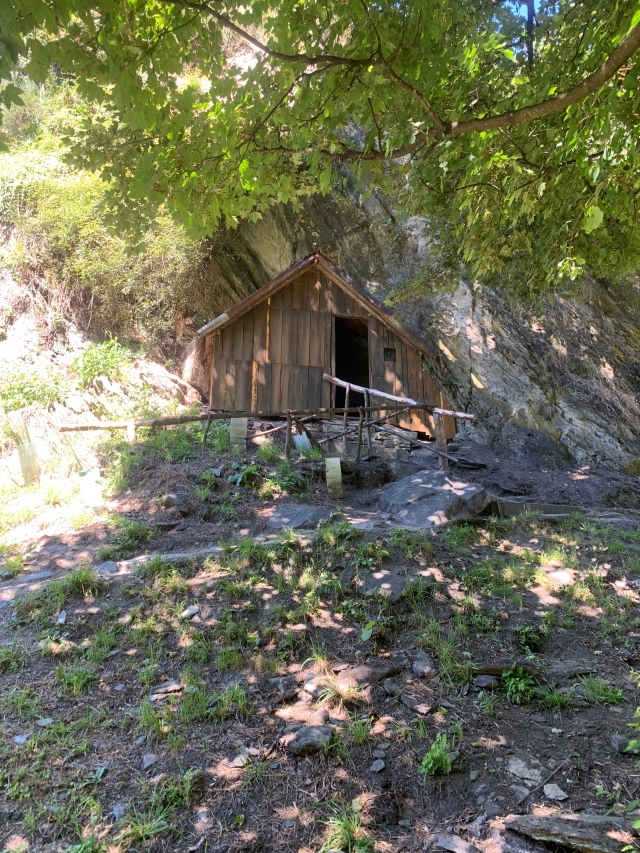 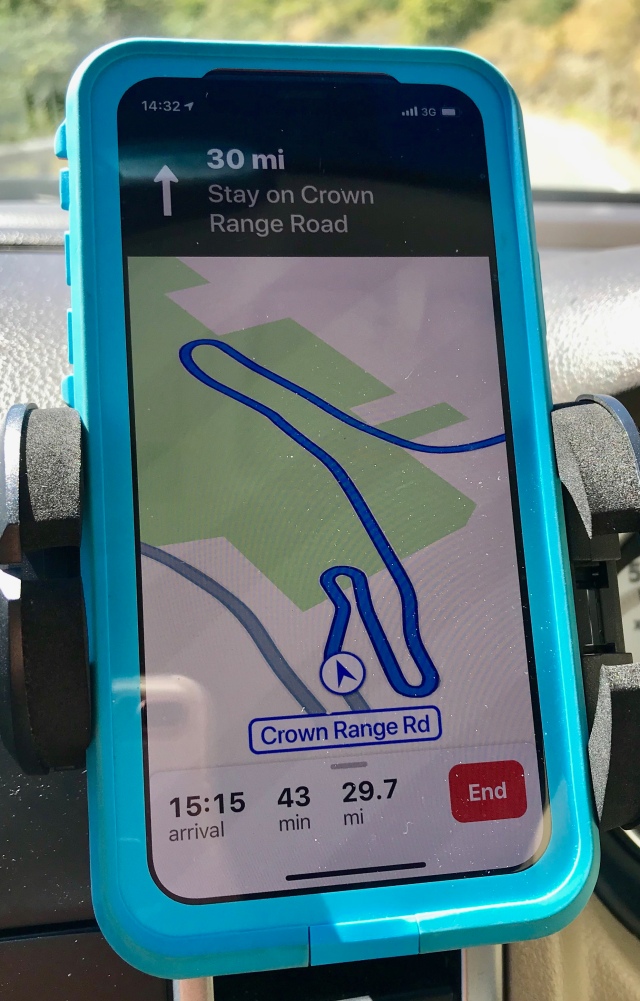 Having a good deal of the afternoon remaining we decided to drive further north to Lake Wanaka. Well, I didn’t have any idea what I was getting into, which is good, or I would never have driven the Crown Range Road. It was nothing but hairpin turn after hairpin turn, up and up and then the same thing but down and down! We were laughing at the road shown on the GPS was nothing but one s curve after another. We finally reached the lake which was beautiful, but soon headed back to Queenstown, but this time by a different route. Before we got too far though we made a pit stop at a puzzle place. Heading to the bathroom we found a historical diorama depicting a Roman bathroom. Then, in the actual bathroom we found directions for all the Asians on how to use the western toilets. We find amusement anywhere. 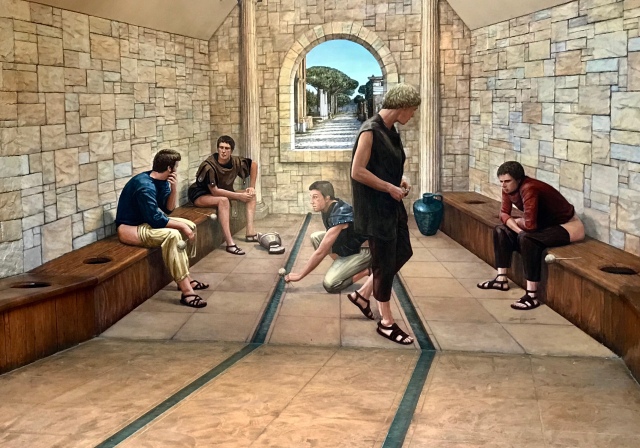 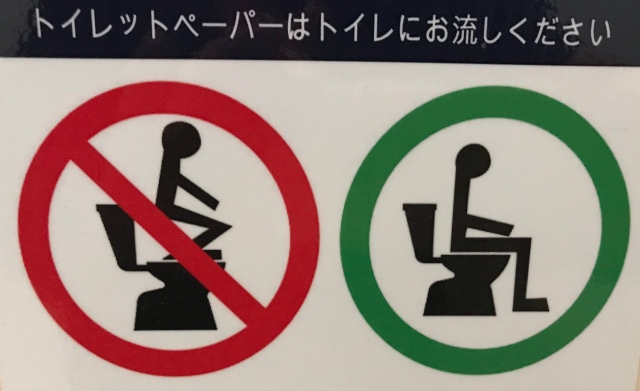 Driving onward we passed Lake Dunstan, yet another beautiful spot and many grape fields and orchards. At some point I’ll visit a winery or two, but time was getting on so we pressed on to fill up on gas, get dinner and then sat and plotted out the next week or so of the journey.