After a restless night for me, I was surprisingly the first to rise after the alarm went off. We again wanted a fairly early start to beat the crowds as today we were heading to the three most popular sites in Iceland to visit. They are spectacular, but they are also somewhat close to Reykjavik, so tourists coming for a short time seem to hop on busses or rent a car for a bit and off they go to these spots.

We began by heading north so we could see the geysers. The biggest one here, named Geysir, is the one that gave the name/word to all the others in the world. Unfortunately, that one is not currently active. The next largest one, Strokkur, is in close proximity and it even spouted as we approached. It shoots a plume up to 15-30 m and does so frequently. At times it blew within a few moments, other times it took 5-10 minutes. Each time it was amazing to watch it begin to bubble a bit, sort of like a pot of polenta beginning to boil. We’d watch it just waiting for the spout. A few times it gave us a double….first tall spout and immediately after a second smaller one. Impressive. There were a number of hot pools around and some steam vents, but that was the only one showing off. 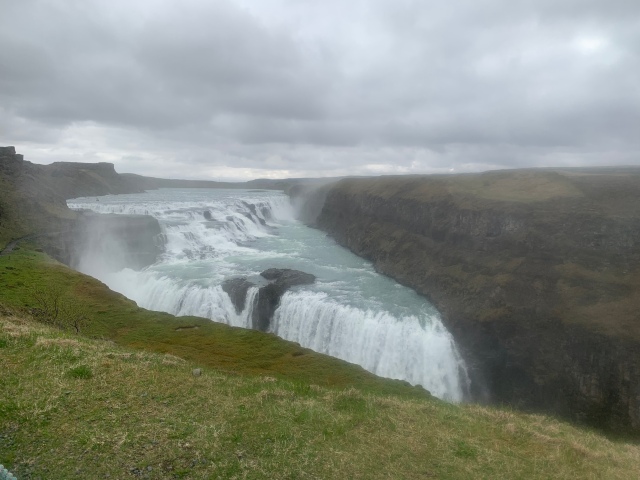 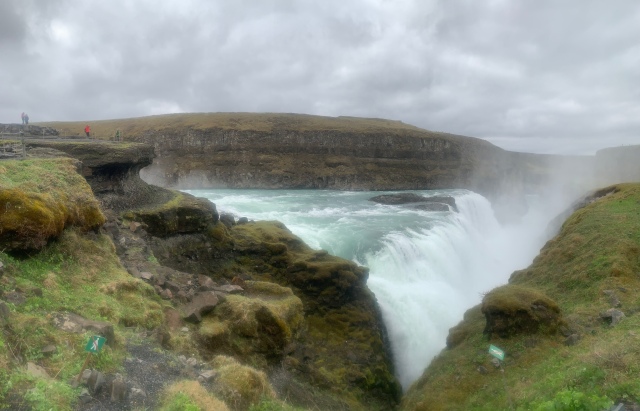 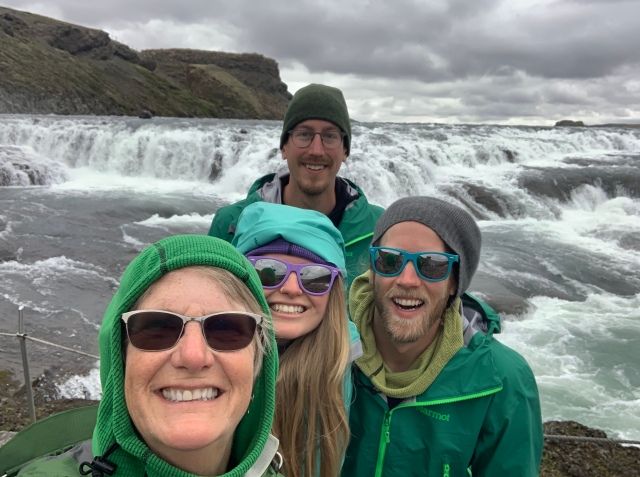 The next stop was Gullfoss, the most famous waterfall in Iceland. Now we’ve seen more than our share of waterfalls on this trip, but this was one of the most impressive ones. We were able to view it from several vantage points, each one being remarkable. The waterfall is actually made up of multiple falls, going over at different angles all ending in a narrow canyon. It’s worth the trip here just for that.

The third stop on what’s known as the Golden Circle was Pingvallir National Park, where the Alting, the Icelandic parliment, first met in the year 930. The meetings were held outdoors, between great canyon walls in a rift valley formed by the meeting of the North American and Eurasian tectonic plates. We walked through the area, with the kids impressed not only by the landscape but by the fact that this was yet another place used in their favorite series, Game of Thrones….it was the scene of the Bloody Gate at the entrance to the Eyrie. My apologies for these continued references for those, like me, who know nothing about it. I just enjoy the scenery. 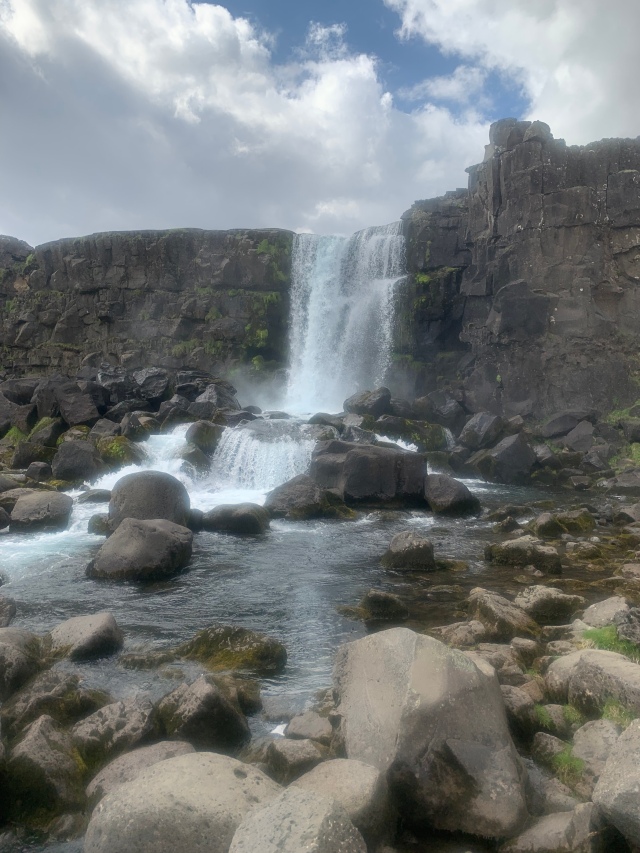 Before we left the area we went to see the waterfall in the area, the Oxararfoss. It was a great way to cap off the day. We then headed to the city of Selfoss to get our last bit of food supplies and a bit more beer and wine. We arrived at the campsite, set things up and got dinner underway. As we finished early today, unlike most of our rather late night stops, we decided to sit back, have some wine (me) and beer (the kids) and listen to another chapter in the podcast that has amused the heck out of us, called My Dad Wrote a Porno, the book being Belinda Blinked.

One thought on “The Golden Circle”