After a restless night, with less sleep than I’d hoped for, we woke for an earlier start. We ate our breakfast and fairly quickly left our camping spot lured by the thought of a morning treat at a local bakery. We found some sweet pastries and some lovely baked rolls. We drove out of town, munching away. 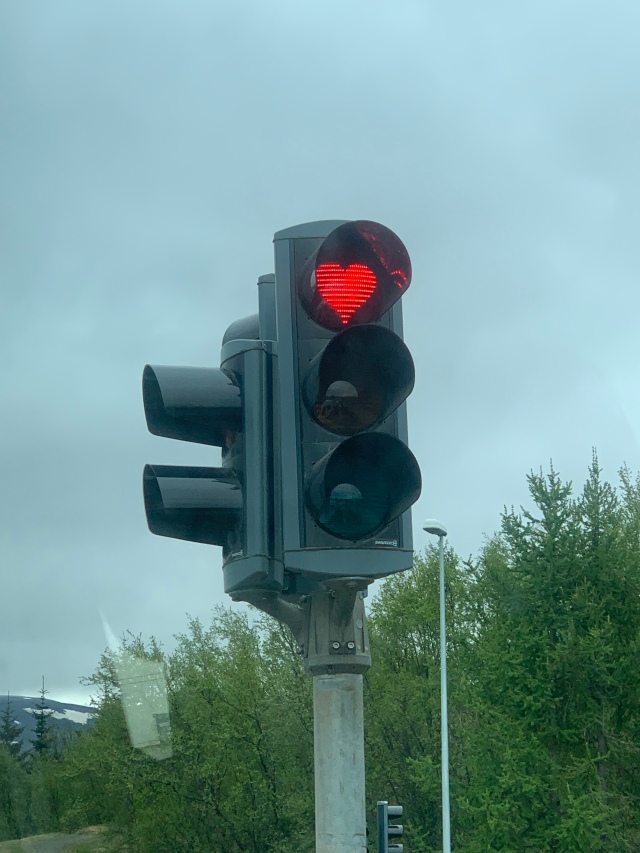 We had quite a bit of driving ahead of us, so we skeddaddled along, though we couldn’t resist stopping along the road when we saw a river running through a small canyon. Eventually we reached Akureyri, the city that is considered the capital of the north. We were totally charmed to find that their red stoplights are in the shape of a heart! We first stopped at the Bonus grocery store to stock up, including some much needed prunes after three days of travel. Next was gassing up Kuku …. that’s quite a shocker at the pump with a vehicle with a large tank and gas is rather pricey. While we had been driving we were listening to some podcasts about Iceland and heard about an ice cream shop in town that actually had vegan ice cream! Once Mandy heard that we had to find it. We wended our way through town, discovering the ice ream shop on a side road. In we went and much to our delight we found soft ice cream with multiple choices for add-ins. We each found something that sounded delicious, but boy oh boy, we weren’t expecting such large portions. Somehow we managed.

Leaving the city we went through the newest tunnel in the country….it was so long that we better understood why we had to go online and pay ahead of time and estimate when we were driving through. Our next stop was Godafoss Falls, a spectacular waterfall that is delightfully non-commercialized. We were able to not only walk along the rim of the river canyon but to also walk down to the water’s edge for another view point. 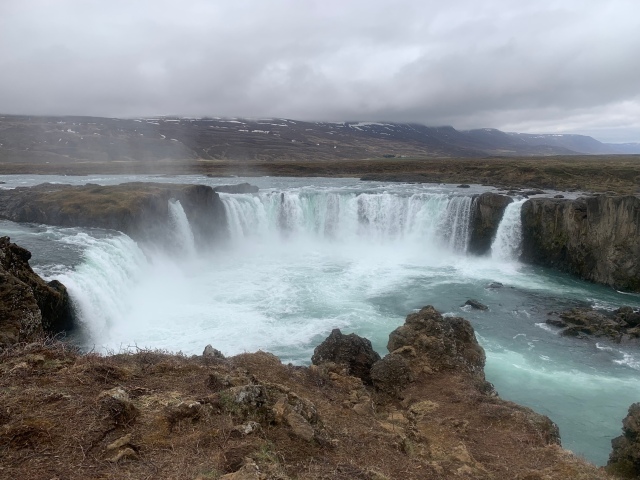 Heading off once again we aimed for the Lake Myvatn region, where we wished to partake in the Myvatn Nature Baths. In we went armed with our bathing suits, flipflops and towels for a soak in the sulfer pools thanks to all the natural geothermal activity. There were two huge pools which we altenated between seeking the best water temperture. The bottom of the pools had crushed lava that acted as a nice pumice on our feet. We floated for over an hour, ending in a third pool that was more like a hot tub. We all enjoyed having a full shower afterwards and washing our hair. Oh, the small pleasures of van camping!

Once we left the baths we meandered a bit down the road to see a bubbling, steaming geothermal area next to lava fields. Following that we popped in to an area with small caves with pools inside… supposedly a special spot for Game of Throne fans, as these three kids are. 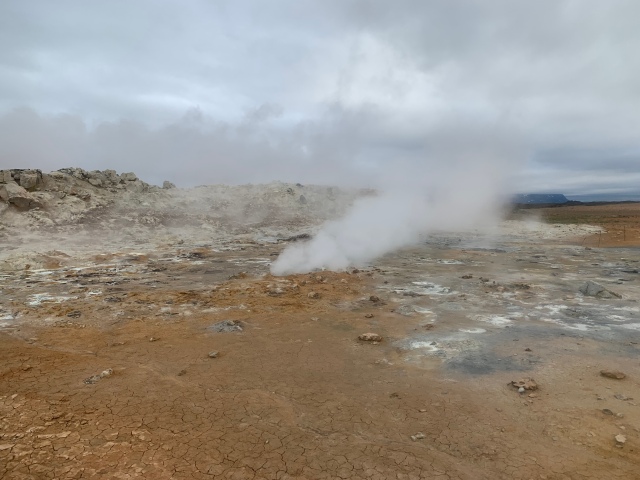 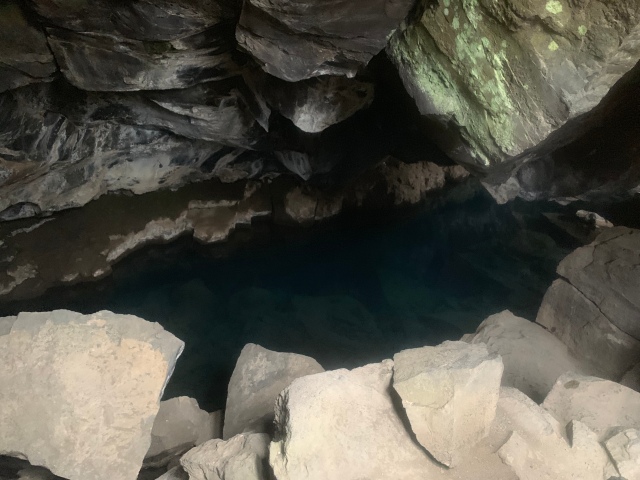 By then it was getting late so we began the last drive of the day. We hadn’t gone far when we spotted a guy on the side of the road with a large pack. We stopped to inquire if he needed a lift. At first he looked confused as it was two women doing the asking, but he was heading our direction. He clamored in. Turns out he was a Russian hitch hiking around the country. Fascinating. Then finally we found the small camp site in Kopasker to crash for the night.